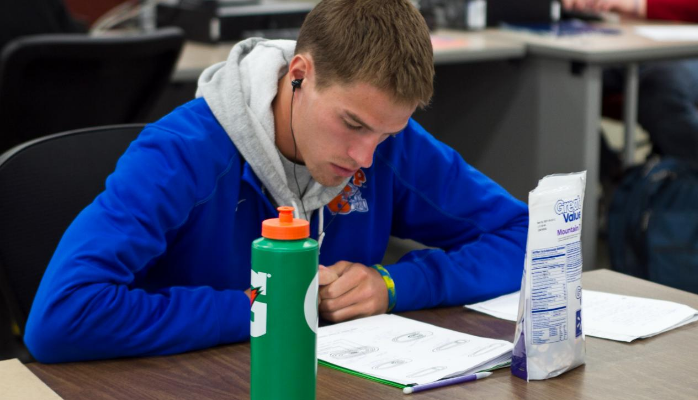 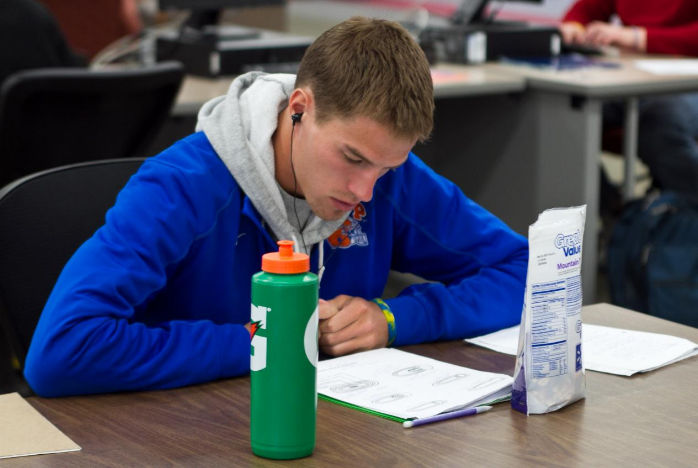 Hastings, NE – In a widely criticized decision, University of Nebraska NCAA student-athlete Zachary Hill has decided to forgo playing in Saturday’s Rosemary Salmon Quinoa Bowl in order to take his Sociology 201 final. University officials were perplexed by Hill’s decision and immediately began asking questions of Hill’s sociology professor, Dr. Robert Dorfman, who spoke with reporters in the hallway outside his small office in the corner of the old science building. “I offered to let him reschedule the exam, or as I often do with our student-athletes who have exam conflicts, to skip it entirely and write a one-page essay on what sociology means to him,” claimed Dorfman, who had failed to notice a mustard stain on the lapel of his tweed jacket, “but Zacko – I call him Zacko – he said that he would rather just skip the game and take [the final].” A favorite of Cowboys owner Jerry Jones, Hill was projected to be an early-to-mid first round pick in the upcoming NFL draft, however NFL insiders now believe that Hill’s decision to prioritize academics raises character issues about the young man that may see him slip into the later draft rounds or possibly go undrafted.