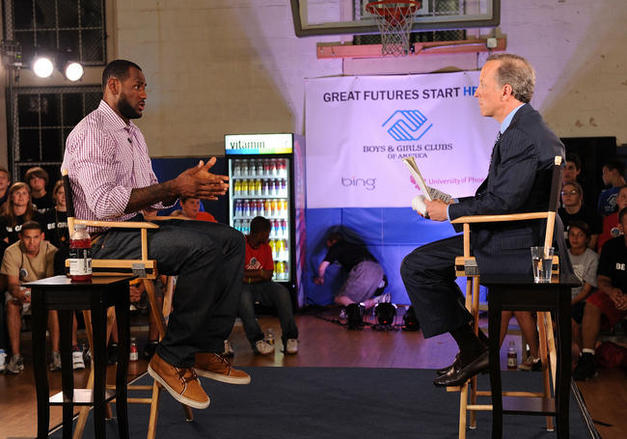 South Beach- After declining a player-option on his current contract with the Cleveland Cavaliers, Lebron James will announce his free agency destination in a one-hour televised special on ESPN. “I just want to be able to connect with my fans and share my plans for the future with them,” said Lebron, in an interview on Sportscenter. He continued: “A TV special is a great way to announce my decision – I know basketball fans will love it.” The televised special, being dubbed “The Choice”, will air July 9th, at 5pm EST on ESPN. All proceeds from the show will benefit the Boys & Girls Clubs of America, as well as Nike, Kia, McDonald’s, Coca-Cola, Samsung, Beats by Dre, and several other international brands.