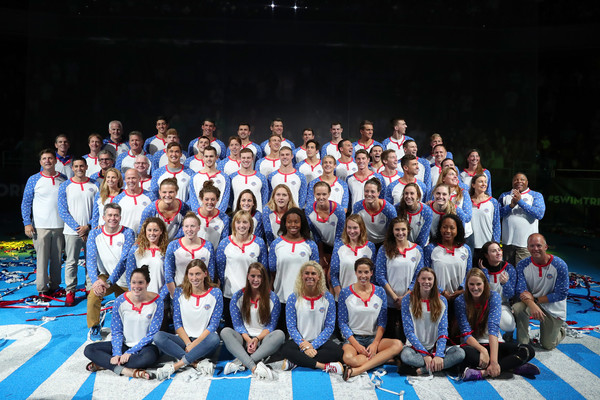 Rio de Janeiro – Rio police now suspect the entire US Swim Team were involved in a late-night robbery at a gas station just outside the athletes village. Video footage shows everyone on the men’s and women’s US team as they put on masks and brandished assault weapons in an attempt to steal several hundred dollars after a night of partying. At press time, sources believe that Ryan Lochte orchestrated the assault and that he may also have been involved in a legendary heist that ruined Rio years ago.