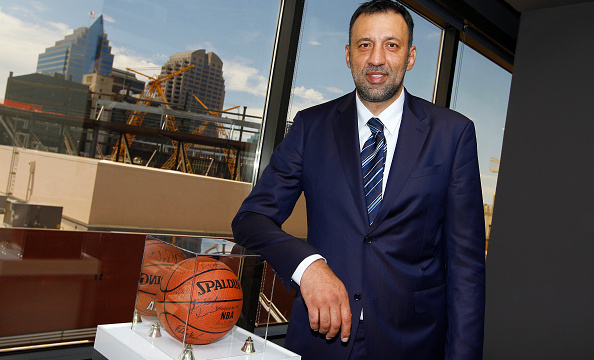 Sacramento – Last ditch efforts by the King’s front office to make a trade before Thursday’s deadline were derailed late Wednesday night when Kings General Manager, Vlade Divac, was unable to access ESPN’s NBA Trade Machine website due to scheduled monthly maintenance. Sources close to the Kings reported that Divac had been furiously trying to create a massive four-team trade involving the Kings, Warriors, Spurs, and Thunder when the website was temporarily taken down at 12am PST for bug fixes and routine security operations.

When the website resumed operational status at around 2am PST, Divac was experiencing computer connectivity issues after unplugging and reconnecting his wireless router several times, believing that to be the source of the problem. After finally establishing a connection at around 4:15am, Divac had lost his train of thought and decided to abandon pursuing any deals before the deadline.