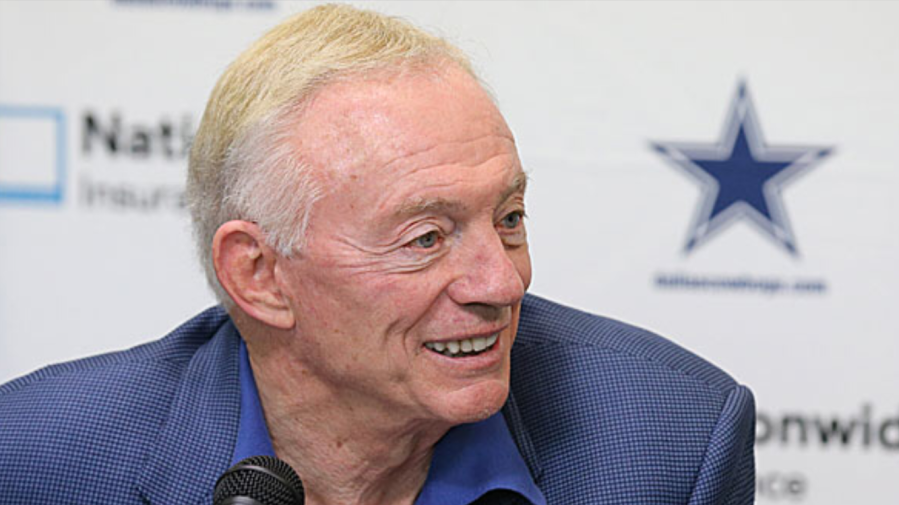 DALLAS – Hoping to salvage a disappointing 2015 season, multiple sources confirmed that Cowboys Owner and General Manager, Jerry Jones, has made “repeated inquiries” about the availability of former New England Patriots TE Aaron Hernandez. “Everyone deserves a second chance,” piped Jones, “he’s made some mistakes, we know that, but as far as we’re concerned the jury’s still out on Aaron – the book isn’t closed on his career.” Earlier this year, Hernandez was convicted of first-degree murder and was sentenced to life without the possibility of parole.

Speaking through his agent, Hernandez said he would be ready should the Cowboys come calling. “I feel great. I’m in the best shape of my life,” exclaimed Hernandez, who has been reportedly working out for six hours per day and eating a strict diet of powdered eggs, rice, and a chicken-like substance.

Despite a 3-8 start to the season, the Cowboys remain in contention for the NFC East title with five games remaining. While Jones was “optimistic” that Hernandez might suit up for the Cowboys, he explained that he planned to explore other options as well, noting that the Cowboys have already contacted Rae Carruth about joining the team before year’s end.