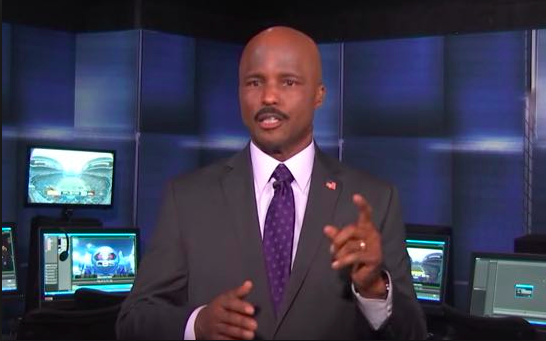 Florida – Researchers at the University of Miami recently discovered archival footage of former NFL official and current TV replay analyst, Mike Carey, discussing the results of the 2000 election during the immediate aftermath on local CBS affiliate, WFOR-TV, in Miami.

“As I see it here upon further review, the chad is hanging just a little bit to the left. That’s a vote for Gore, no doubt about it,” claimed Carey. “It’s very clear that the officials are going to overturn the ruling and give Gore the victory.”

The research team also found record of several other predictions from Carey, most notably that Goodfellas would win the 1990 Academy Award for Best Picture over Dances With Wolves, that Marky Mark would never amount to much, and that Y2K would destroy civilization as we know it.

At press time, CBS executives confirmed that they would be renewing Mike Carey’s contract as their replay officiating expert through the 2025 NFL season.