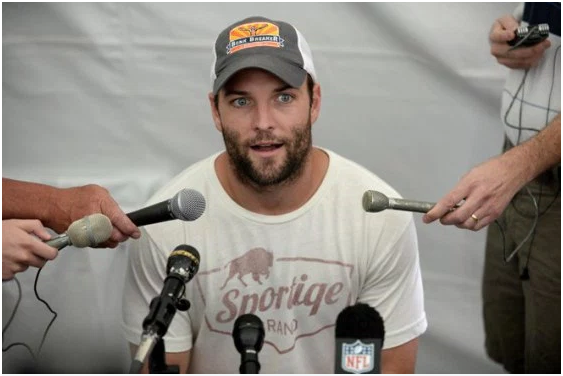 ST. LOUIS – During a interview on Tuesday afternoon, St. Louis Rams receiver Wes Welker revealed his excitement about playing in the team’s upcoming Sunday afternoon game. “I literally can’t remember the last time I was this excited to play football,” Welker told a pack of reporters in the locker room as he cautiously put on one sock at a time. Welker added: “I think there was a game in New England that I was looking forward to a few years ago, that was exciting, probably. And then, there was another game somewhere else… I think our uniforms were orange? Somebody definitely wore bright orange, I know that for sure.”

Rams coach Jeff Fisher praised the veteran receiver following a hard practice. “We’re glad to have Wes here, he’s a really tough player. He’s a little slow to pick up the system, though.” At press time, Welker was eager to get home and get right to bed, noting that he “literally couldn’t sleep” given all his excitement.