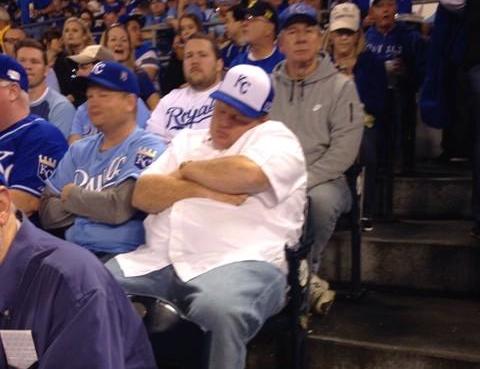 Kansas City – Mildly-enthusiastic fan Gabe Appleton grew deeply annoyed during Tuesday night’s Kansas City Royals game when he was politely asked by three separate fans over the course of two innings to scrunch aside so they could exit the row to use the bathroom. “Just watch the damn game,” Appleton muttered to himself as a 10-year-old fan who had cautiously tip-toed around Appleton in an effort to reach the aisle lost his balance and nearly plummeted several hundred feet over the railing. “If you need to stand up that much, get an aisle seat like I did,” Appleton complained to the friend sitting next to him, who hadn’t seemed to find it all that inconvenient but nodded in agreement hoping Appleton would let it go. By the sixth inning, Appleton had decided to make it extra challenging for anyone to pass by him by refusing to stand and instead simply sliding his feet back about two inches when someone approached.