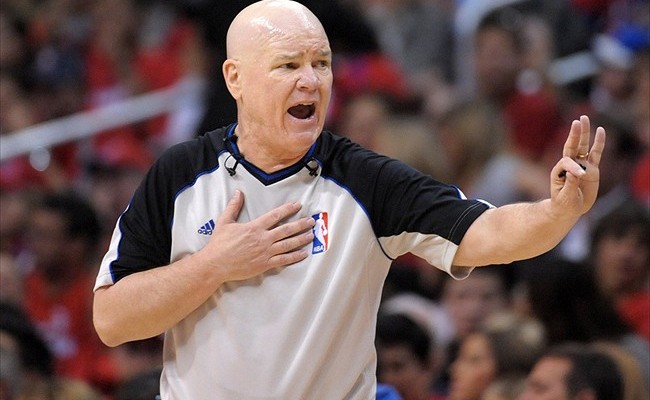 NEW YORK – Following in the footsteps of fellow NBA referee Bill Kennedy, who earlier this week courageously announced his homosexuality, veteran referee Joey Crawford admitted what many NBA fans had come to expect when he came out as awful. “I am proud to be an NBA referee and I am proud to be an awful one,” declared Joey, who read a prepared statement at a press conference on Wednesday. Joey then threw out several members of the media because they “gave him a look” and subsequently took the microphone and stormed off to the opposite side of the room. Fans and NBA executives did not seem surprised by the announcement. “Inside the NBA, it was no secret that Joey is awful,” said one NBA executive who spoke on the condition of anonymity. “I’m just glad he felt comfortable bringing it up and now we can get back to him issuing unnecessary technicals and making himself the center of attention.”